The well-known clock overhanging Coney Street was showing serious corrosion in the bracket when David inspected it in 2006. Overhaul was needed but it would not be a simple task due to it hanging halfway over the street. As it was impractical to do the work in situ, the bracket and dial drum were removed to Cumbria Clock Company’s workshop. It also offered an opportunity to undertake a more ambitious project that restored hour and quarter chiming to the clock - features that had not been reinstated in the 1960s following the bomb damage of 1942. The original bracket was mostly cast iron but some of the finer, more detailed sections are wrought, and gilded. The figure on top of the drum, generally referred to the Admiral, is hardwood and believed to date from the clock of 1778. His revolving mechanism was reinstated. 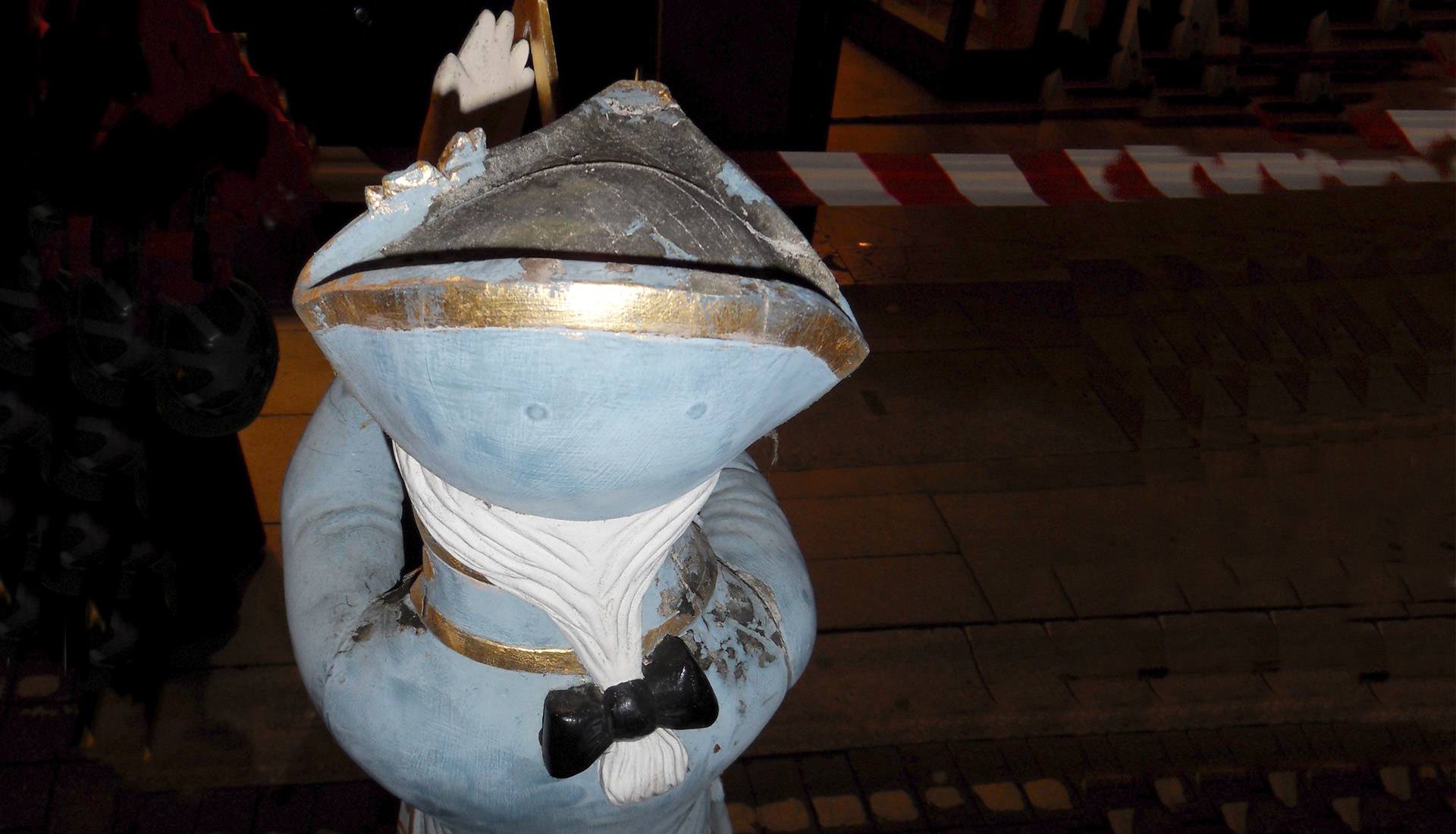 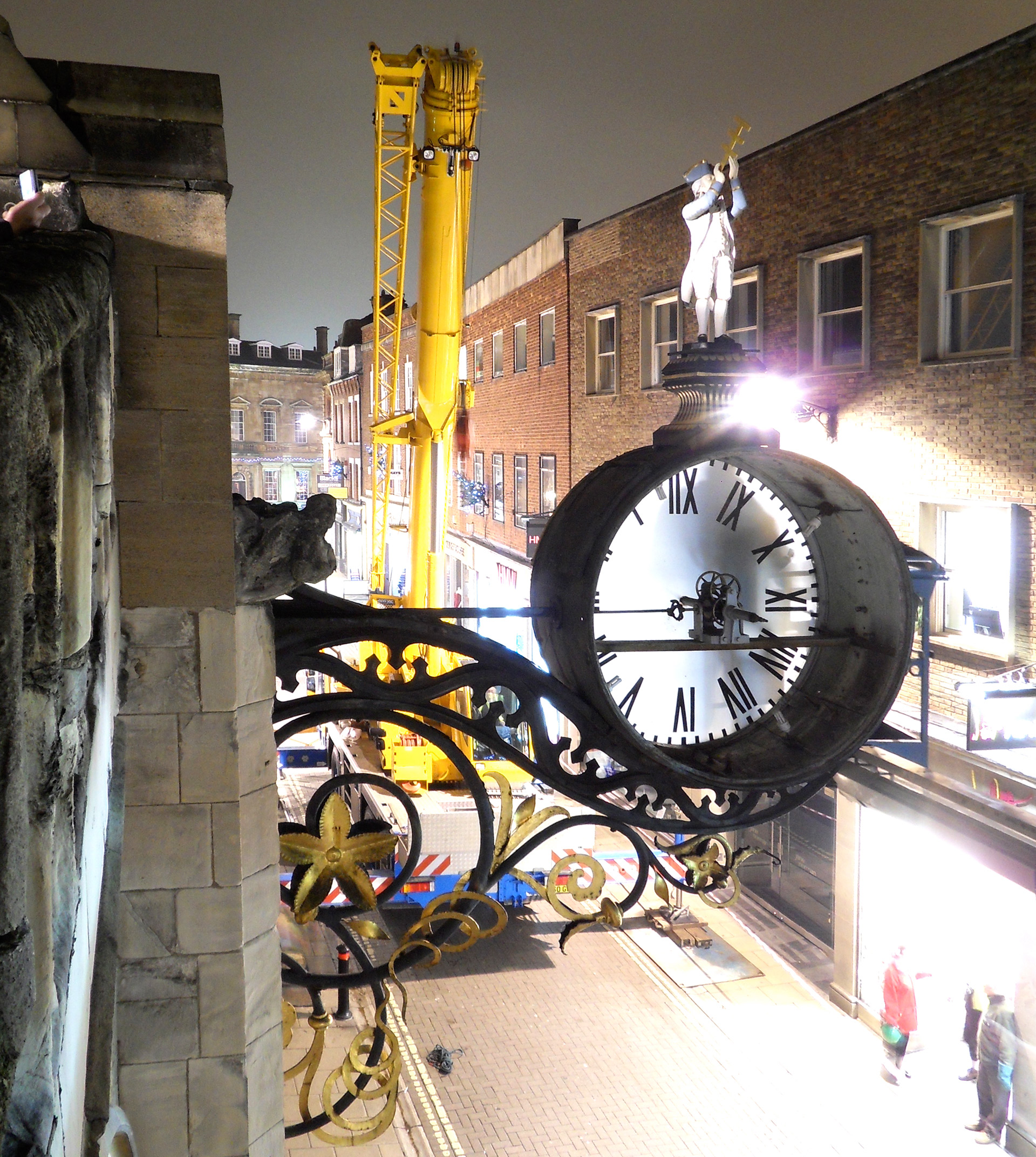 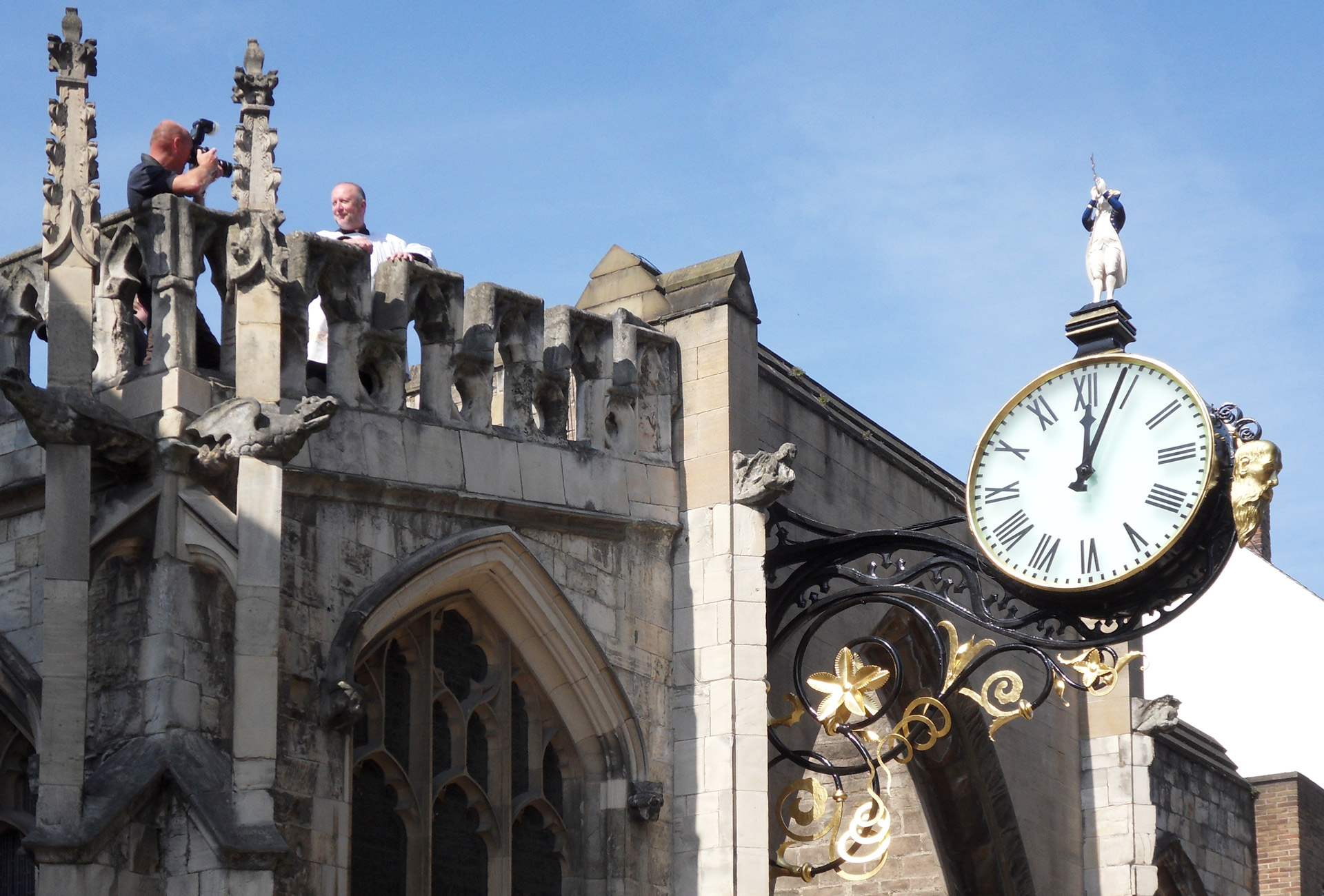 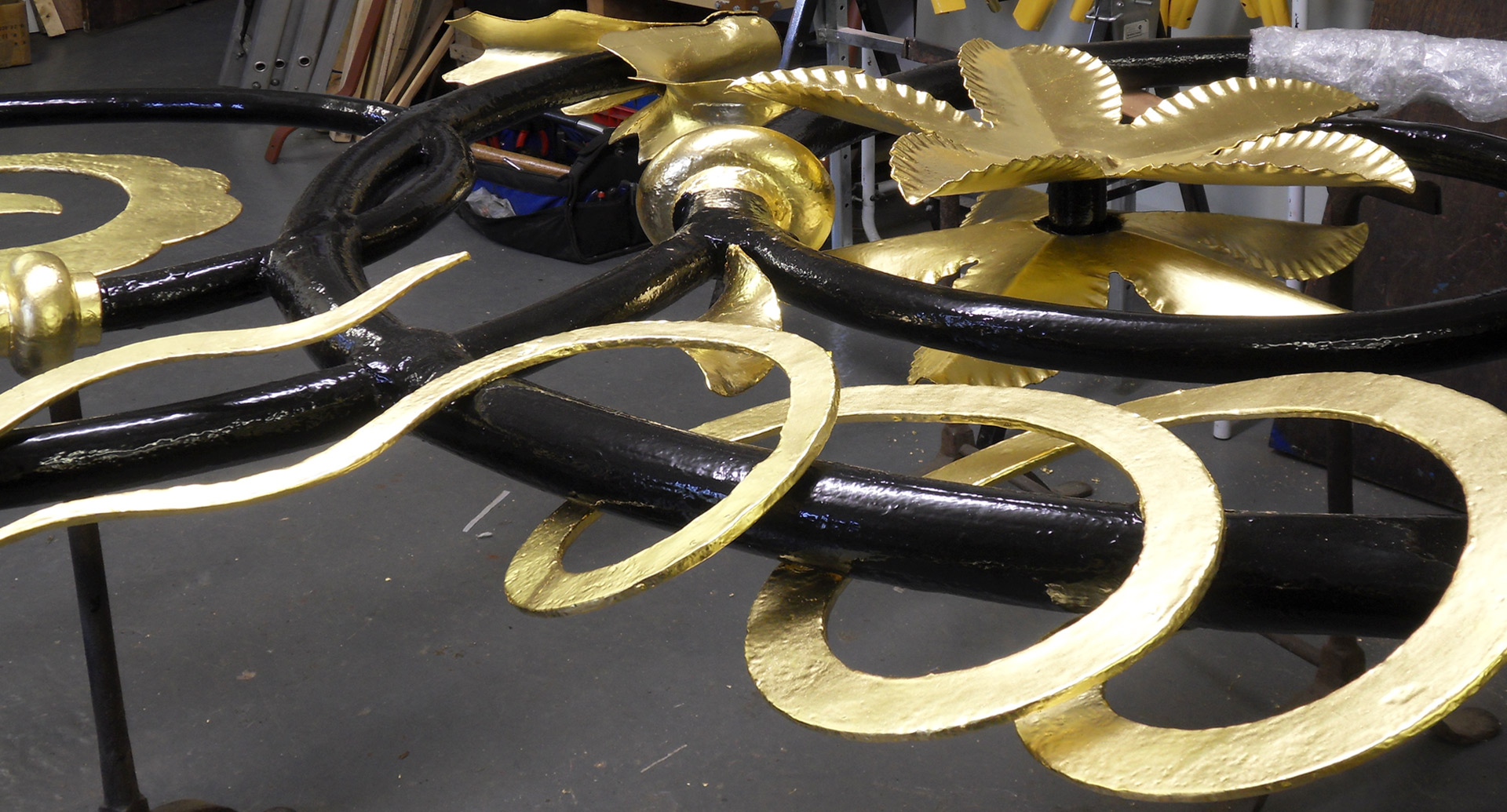