New gates in the North Porch

Over the preceding ten years or so there had been an increase in antisocial activity in the porch.  Inevitably the porch itself was also suffering from the organic substances that were being deposited as well as the graffiti.  It had reached a point when the desire to avoid gates had been outweighed by the potential for damage to the mid to late 12thC porch.

Challenges included how to make them structurally stable without connecting them to the walls where we were very close to piers, and to retain fairly clear sight of the door surround if possible when gates are open, whilst filling the whole opening so you cannot just climb over.

The gates are based on an abstraction of grand 18th century gates (buttressed side pilasters, gates and overthrow) and the North Door and its surround; vertical ribs, layers of smaller detail, and then elements of the Romanesque geometric door surround.  We used slight changes in paint tone grey/very dark grey for depth and have introduced some colour under gilding.  When the Romanesque arch was conserved several years ago polychrome traces were found. 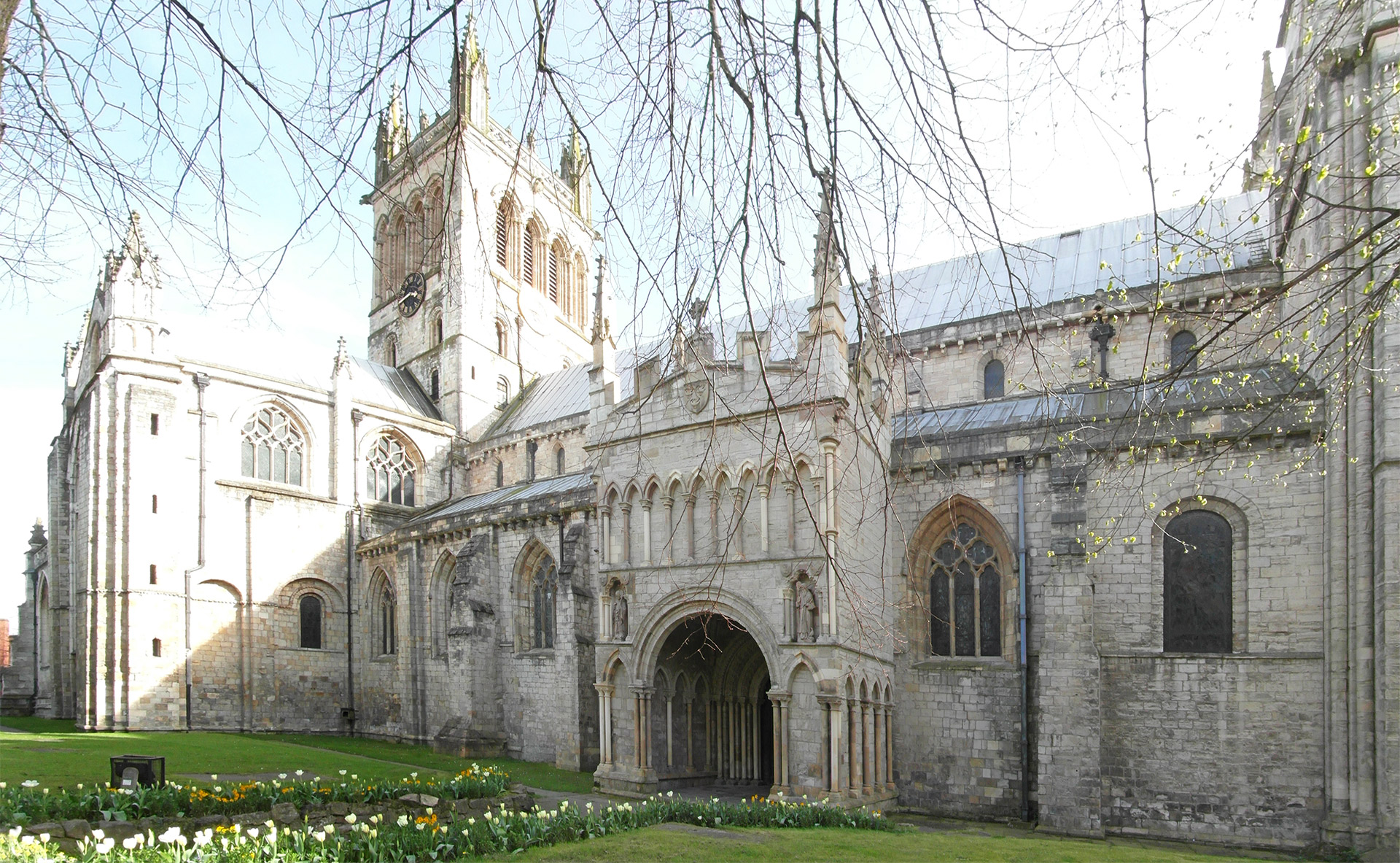 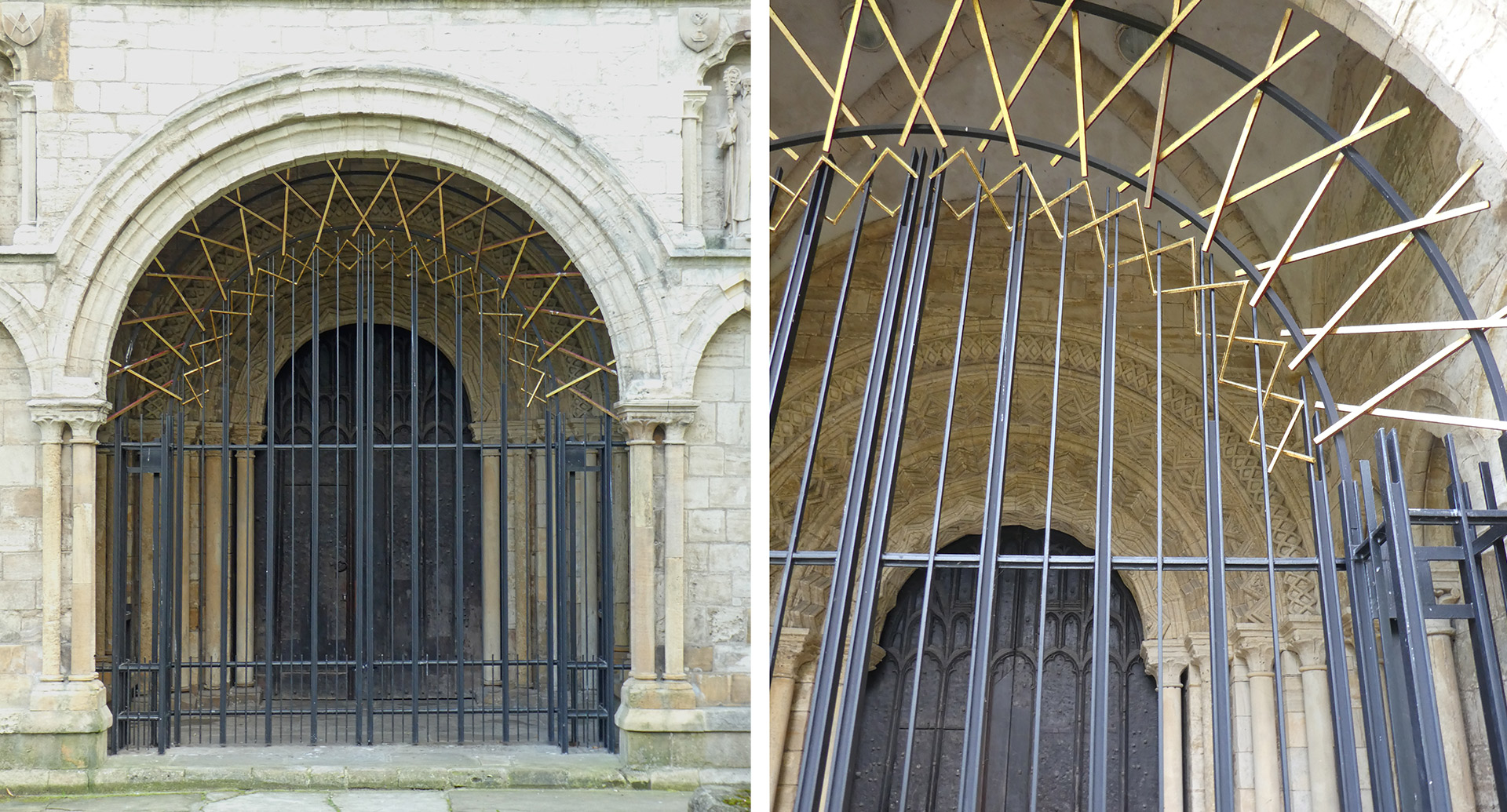 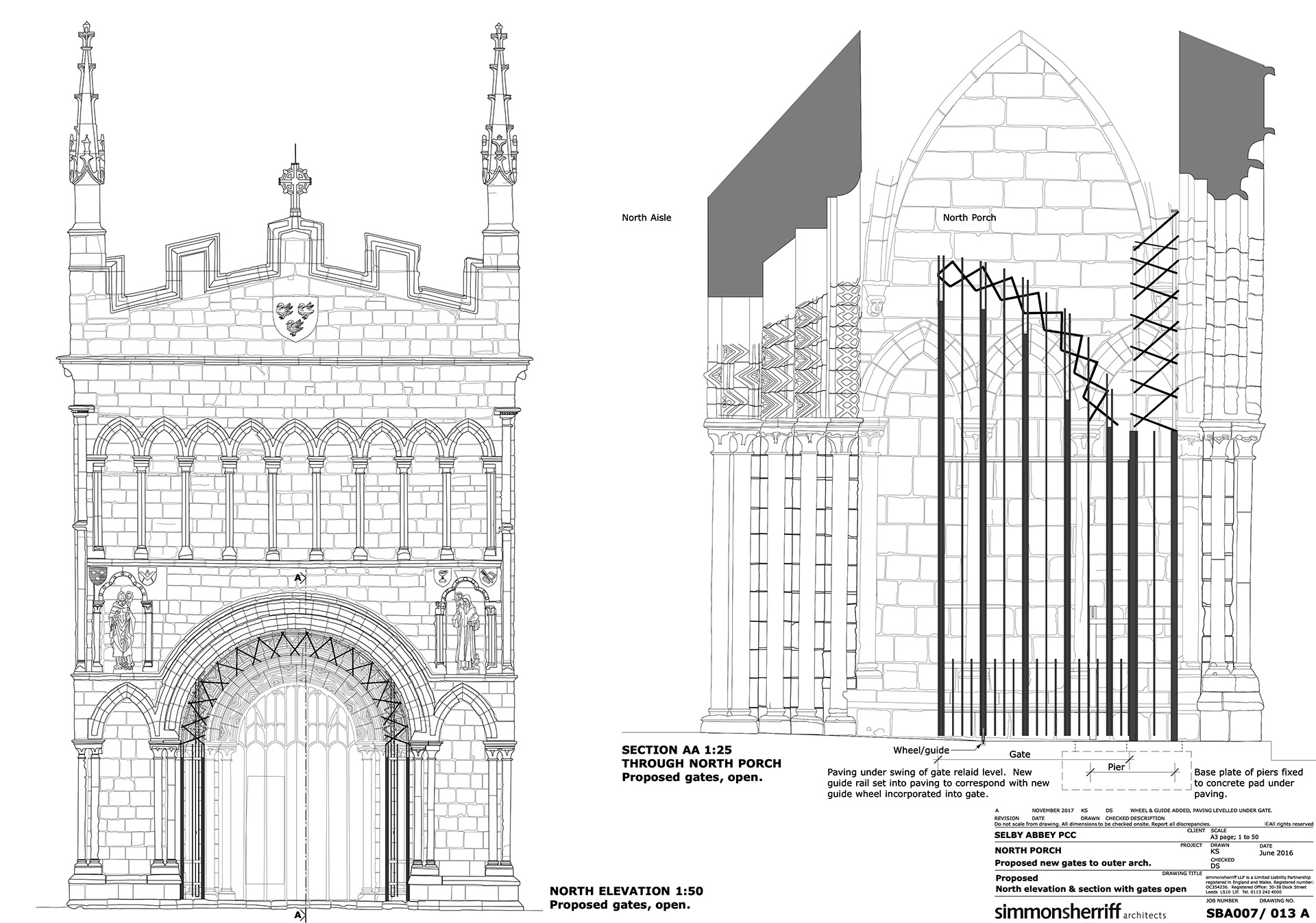 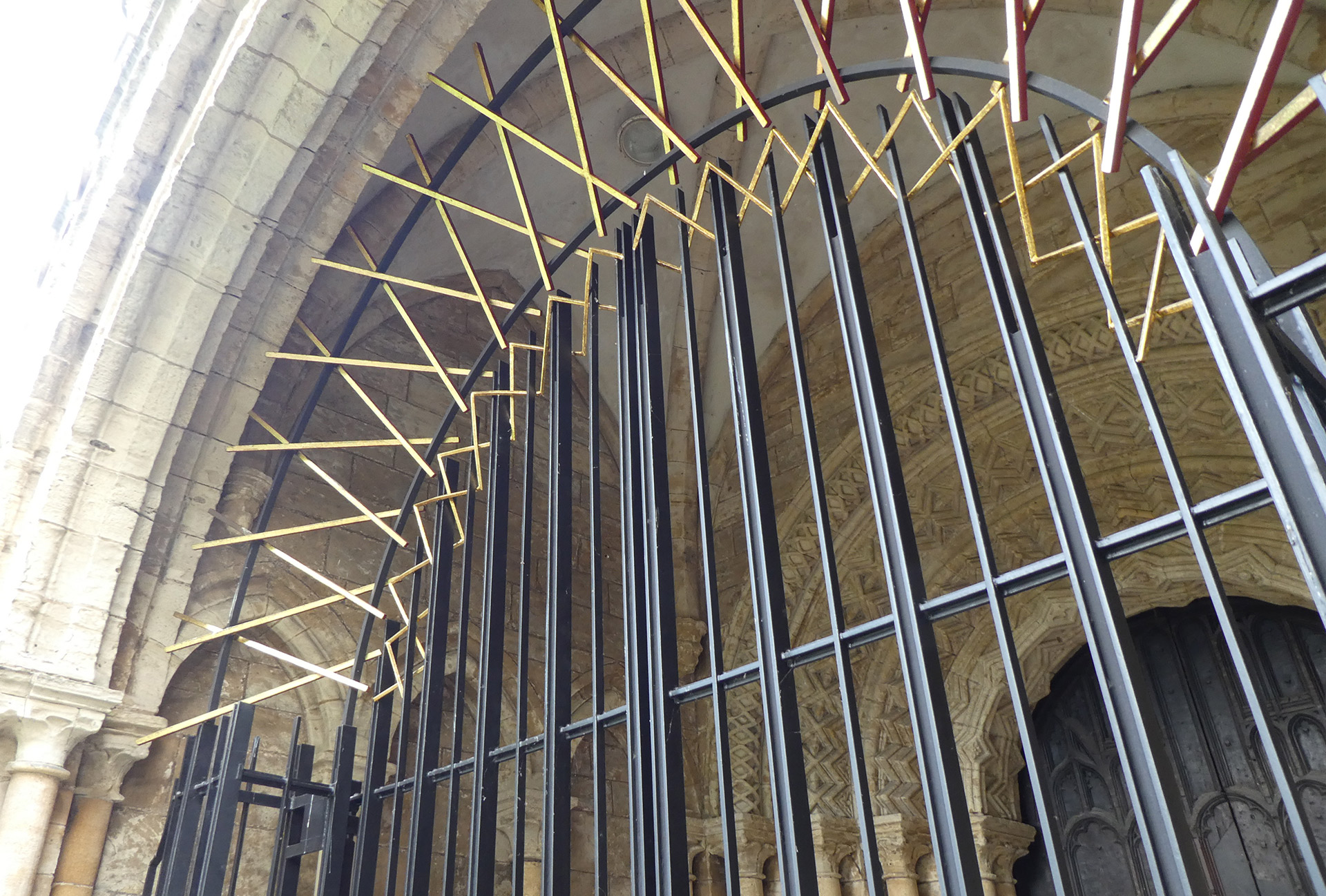